In December 1861, the Eastern and Western Ballarat Councils met to discuss a memorial to the explorers. The architect Canute Andersen proposed a lavish clock tower worth £1000. By June 1862 they had only raised £79 and by the end of 1862 the fund stood at £370. Sir Henry Barkly was invited to lay the foundation stone at the corner of Sturt and Lydiard Streets and then the councils ran into debt and the ugly bluestone foundation remained unfinished.

In March 1866, the Western Municipal Council decided to complete the monument. Another foundation stone was laid in June 1867 and the fountain was finished by the end of the year.

The original inscriptions only included those who had died and no reference was made to King. His inscription was added after his death. 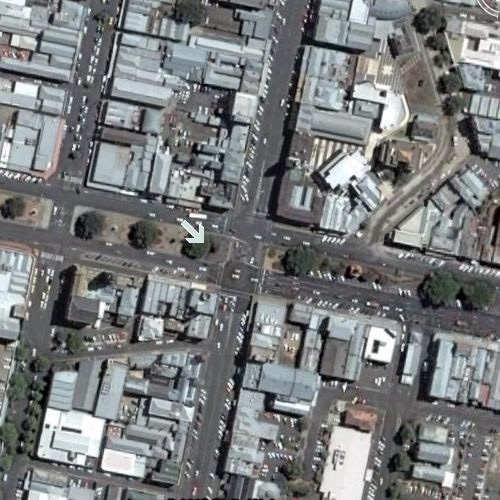 Google Earth is a free program which can be downloaded HERE.