Parts of this page are taken from Wikipedia.
http://en.wikipedia.org/wiki/William_John_Wills

William John Wills (5 January 1834–c.June/July 1861) was an English surveyor who also trained for a while as a surgeon. He achieved fame as the second-in-command of the ill-fated Burke and Wills expedition, which was the first expedition to cross Australia from south to north, finding a route across the continent from the settled areas of Victoria to the Gulf of Carpentaria.

Early Years
Wills was born in Totnes in Devon.

He lived at the family home at Ipplepen and as a young child he contracted a fever which left him with 'slow and hesitating speech'. He was home-tutored by his father until the age of 11 and then from 1845 to 1850 he attended St Andrews Grammar School, Ashburton. He was then articled to Dr Wills' surgical practice. In 1852 he studied practical chemistry under Dr John Stenhouse at St Bartholomew's Hospital in London.

Australia
Dr Wills bought a share in the Melbourne Gold Mining Company in 1852 and planned to migrate to Australia with William and Thomas. However Sarah Wills objected to him leaving so Dr Wills delayed his departure and the two boys went alone. Eighteen year old William and fifteen year old Thomas left Dartmouth on 1 October 1852 aboard the Janet Mitchell. They arrived in Melbourne on 3 January 1853 with 197 fellow unassisted passengers. William and Thomas found accommodation at the Immigrants Home in South Melbourne.

In February 1853 the Wills brothers found work as shepherds at a property owned by the Royal Bank Company on the Edward River near Deniliquin. They were paid £30 p.a. plus rations and were in charge of a flock of 1300 rams at the Ram Station. Dr Wills followed his sons out to Australia, arriving in August 1853, and the three returned to Melbourne before moving to Ballarat where William took up work as a digger on the goldfields. In 1854 he worked as assistant surgeon in his father's practice and later he opened his own gold office.

In early 1855 William worked on William Skene's Kanawalla Station (Hensley Park) on the Wannon River near Hamilton. He returned to Ballarat in April 1855 and towards the end of the year he began to study surveying. He was appointed as an amateur to the office of John Hamlet Taylor, Acting District Surveyor in the Ballarat Survey Office on Sturt Street. William spent several months learning trigonometry, Euclid drawing and geometry and then in 1856 he went on to learn field-surveying. He started his practical experience at Glendaruel, near Tourello, where he worked under the supervision of Frederick John Byerly, Assistant Surveyor, on ₤150 p.a. plus board. In February 1857 he was working at Bullarook Creek Camp and in March 1857 he was surveying at Kingower near Inglewood. In the middle of 1857 he was promoted to foreman and placed in charge of a field party and his salary increased to ₤185 p.a. From April to June 1858 he was surveying at St Arnaud. His field party contract was terminated in June and he returned to Ballarat in July and took occasional contracts surveying for Clement Hodgkinson, the Deputy Surveyor General.

Wills moved to Melbourne in August 1858 and from August to December he lodged with the Reverend Ebenezer Henderson and his wife Eliza (nee Smith) at 7 Grattan Terrace, Carlton. In November 1858 he received a temporary appointment on the recommendation of Charles Whybrow Ligar, Surveyor-General, as a supernumerary at the recently established Magnetic Observatory which was then at Flagstaff Hill. In February 1859 one of the Observatory assistants, John Walter Osborne (1828-1902), transferred from the observatory to become a photolithographer in the Survey Department of the Office of Crown Lands and Survey. Wills' replaced him, and in March 1859 when his permanent appointment was confirmed, he moved into a room at the Observatory. Wills studied under Government Meteorologist and Observatory Director, Georg von Neumayer, and his work companions were Jacob Bauer, Charles E Pickering, Charles Moerlin and supernumeries John O. Rose and Edwin James Welch.

Burke and Wills Expedition
Robert O'Hara Burke was appointed leader of the Victorian Exploring Expedition with George James Landells as second-in-command. Wills was appointed third-in-command, surveyor, astronomical and meteorological observer in July 1860 on a salary of £300 a year.

The expedition left Melbourne on Monday, 20 August 1860 with a total of 19 men, 27 camels and 23 horses. They reached Menindee on 16 October 1860 where Landells resigned following an argument with Burke. Wills was promoted to second-in-command.

Burke split the expedition at Menindee and the lead party reached Cooper Creek on 11 November 1860 where they formed a depot. The remaining men were expected to follow up from Menindee and so after a break, Burke decided to make a dash to the Gulf of Carpentaria. Burke split the party again and left on 16 December 1860, placing William Brahe in charge of the depot on Cooper Creek. Burke, Wills, John King and Charley Gray reached the mangroves on the estuary of the Flinders River, near where the town of Normanton now stands, on 9 February 1861. Flooding rains and swamps meant they never saw open ocean.

Already weakened by starvation and exposure, progress on the return journey was slow and hampered by the tropical monsoon downpours of the wet season. Gray died four days before they reached the depot at Cooper Creek and the other three took a day to bury him. They eventually reached the depot on 21 April 1861 to find the men had not arrived from Menindee, and ironically that Brahe and the Depot Party had given up waiting and left just 9 hours earlier. Brahe had already waited 18 weeks for their return (he and Burke had agreed to 13 weeks) and had buried a note and some food underneath a tree which is now known as the Dig Tree.

Burke, Wills and King attempted to reach Mount Hopeless, the furthest extent of settlement in South Australia, which was closer than Menindie (the route preferred by Wills)[2], but failed and returned to Cooper Creek. While waiting for rescue Wills became exhausted and was unable to continue. He urged Burke and King to continue on, leaving him alone with food, water and shelter. Wills died alone at a place called Breerily Waterhole on Cooper Creek in South Australia. Burke died soon after. The exact date of their deaths is unknown, but has generally been accepted to be 28 June 1861.

King survived with the help of Aborigines until he was rescued in September by Alfred William Howitt. Howitt buried Burke and Wills before returning to Melbourne. In 1862 Howitt returned to Cooper Creek and disinterred Burke and Wills' bodies, taking them first to Adelaide and then by steamer to Melbourne where they were laid in state for two weeks. On 23 January 1863 Burke and Wills received a State Funeral and were buried in Melbourne General Cemetery.

A monument to Wills is located in Totnes, Devon. 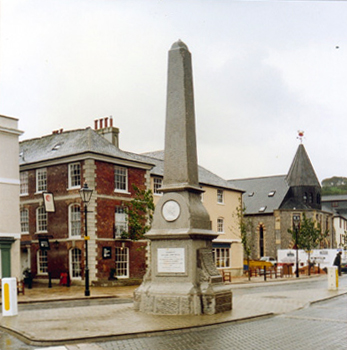 Where Wills went on the expedition 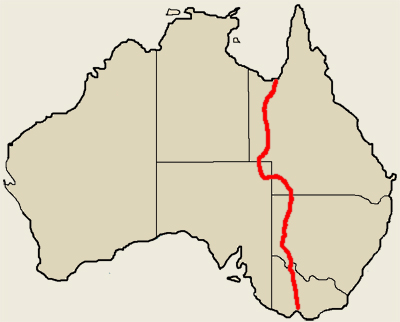